Kamylon was one of the first principal investment firms to focus exclusively on LargeLocal® businesses.* We have been acquiring, improving, and building LargeLocal businesses since 2005. Our leadership has made a combined 70+ acquisitions, representing more than $300M of equity investment. Backed by some of the world’s leading investors, Kamylon has proven itself across many different industries and conditions. Like all successful entrepreneurial ventures, we know how to pivot and adapt. We understand that the path to success is not singular and straight.

Kamylon is a managerial holding company, owned by sophisticated financial investors and their families with a permanent capital base, which means you will not be pressured by fundraising cycles. What sets us apart from most private investment firms is that we are both managers and investors. Each principal has had active management roles both inside and outside of our portfolio companies. We pride ourselves on being investors who think like managers and managers who think like investors. We understand the challenges of an entrepreneur who has stepped into the chief executive role of a newly acquired company. We understand it takes time, and it can be lonely without partners who have your back, mentors you can trust, and good company to take with you on your journey. Work with us. Know that Kamylon has your back.

We want to concentrate our extensive capacity and capabilities on backing the next generation of Searchers. Marrying the search fund model with the massive wave of ownership transition underway as Baby Boomers age is an exciting opportunity set for all. We’ve learned over the years that we enjoy empowering the next generation to find independence, success, and fulfillment. Our mission, in part, is to help thousands of great businesses, built by earlier generations, find their way into the hands of the next generation — new energetic hands that will create and sustain jobs and fuel America's economic engine, the heart of which has always been LargeLocal businesses. If you’re a Searcher from a top business school, upload your information in the form below. We want to back you.

Empowering the Next Generation

“Far better it is to dare mighty things, to win glorious triumphs, even though checkered by failure, than to take rank with those poor spirits who neither enjoy much nor suffer much, because they live in the gray twilight that knows neither victory nor defeat.” 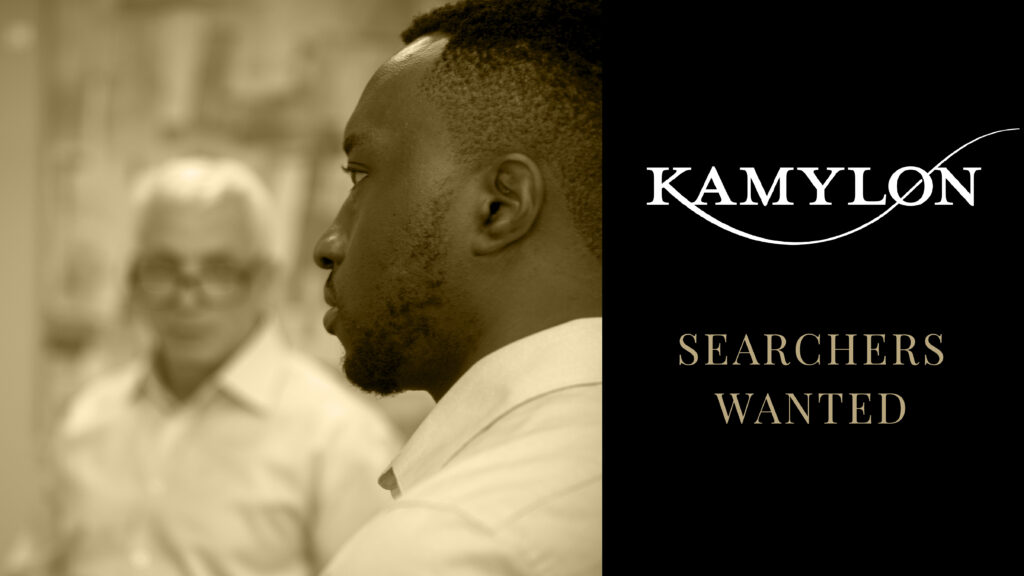 We Have the Edge You Need

We have databased 60,000+ businesses and their owners. We've done what you're about to do.

Our leadership team in aggregate has made a combined 70+ acquisitions.

We've trained 200+ Associates, who searched for and contacted thousands of business owners. 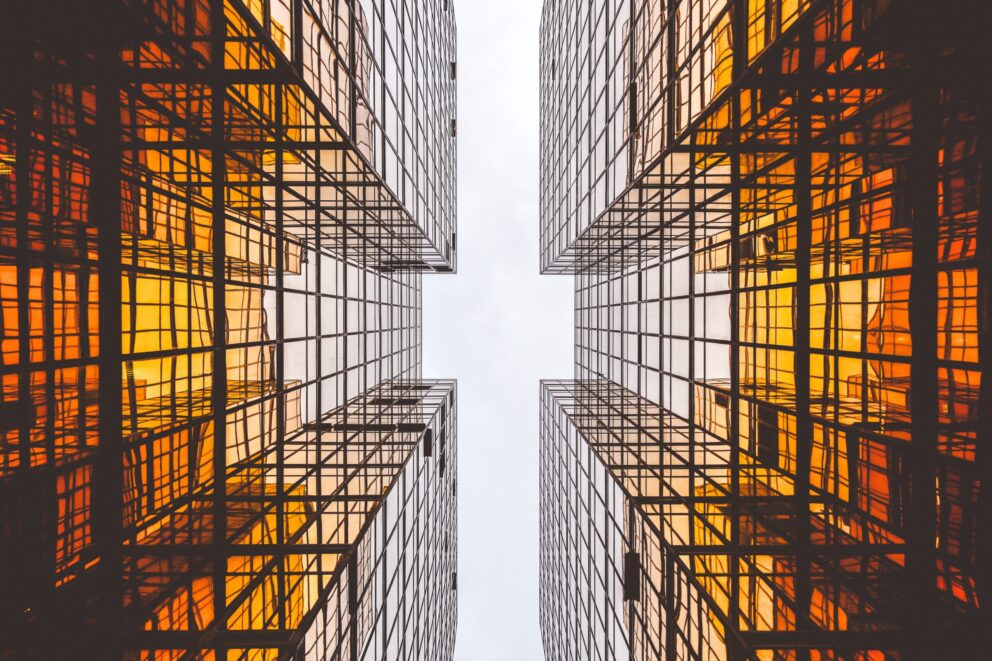 For 15 years, we have concentrated exclusively on acquiring businesses just like the ones you are searching for. Having proactively identified more than 60,000 of these companies, spanning scores of industries, and having conversed with tens of thousands of business owners, we have the experience, tools, and methods to facilitate your Search. Our leadership has made more than 70 acquisitions in aggregate, representing over $300M of equity investment. We have successfully trained more than 200 of our Associates to research, identify, proactively contact attractive businesses, and to persuade owners to work with us. We understand this market. We understand the search process.  We haven’t done it a few times; we’ve done it hundreds of times.  We know how to find a deal — and how to execute it. But…

We don’t just find and do deals.  We’ve run the businesses we buy.  In some cases, personally. We’re managerial investors who add value.  We have extensive expertise in classic operational disciplines, such as Lean and Six Sigma. We have experience running companies in a variety of industries; we’ve transformed operations and led dozens of integrations; and we’ve partnered with the leadership teams in our holdings to help build them from good to great. 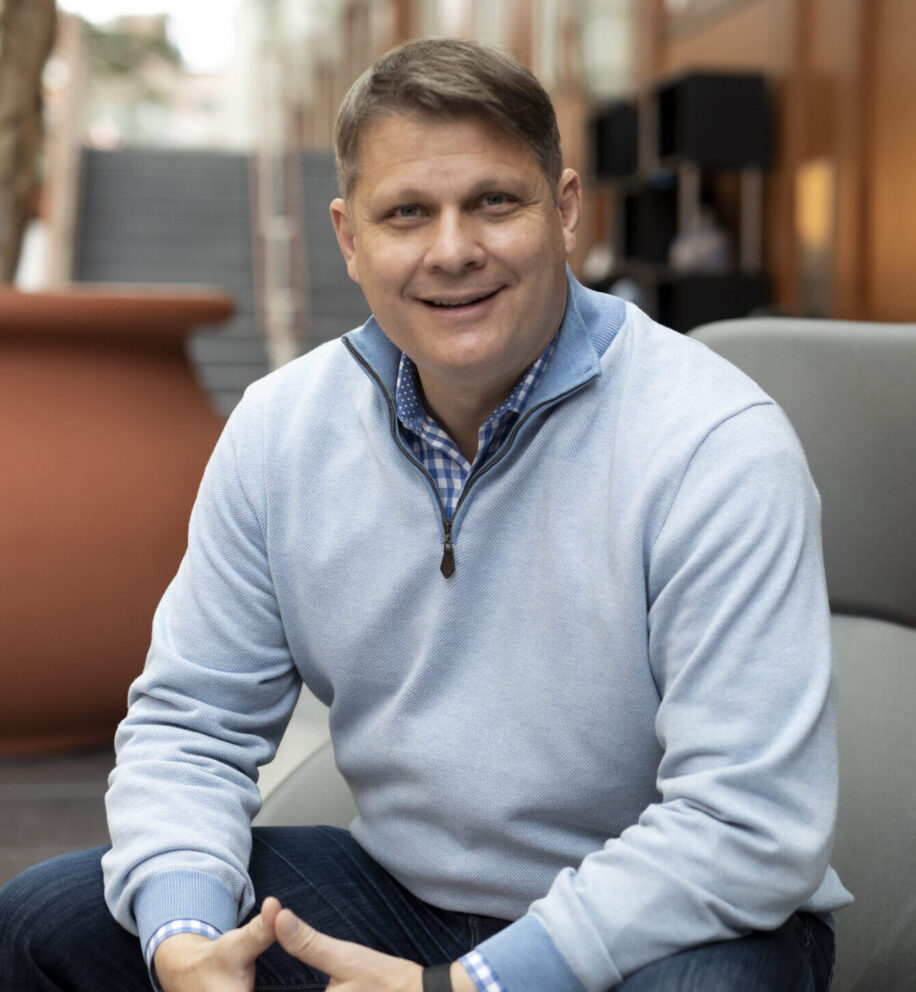 As CEO of Kamylon, Chuck has been a hands-on leader in all phases of the firm’s development. He designed its proactive origination system and investment processes, and he recruited partners with whom he established Kamylon’s continuous improvement system. Chuck has served as a teacher, mentor, and coach for the entire Kamylon team, from summer interns to junior partners. He’s guided all of the firm’s investments. On the management side, Chuck has served as Chair of every board of every company Kamylon has held; he has served as CEO of one; and he has maintained direct relationships with all of its portfolio CEOs, working as a valuable strategic thought partner and leadership advisor.

During the two decades leading up to Kamylon, Chuck was involved in the investment of over $350 million of equity in more than 40 businesses. Prior to founding Kamylon, he was a General Partner and Executive Vice President of Falconhead Capital, manager of the Sports Capital Funds that invested at the nexus of media and sports, and other leisure and lifestyle industries. Before joining Falconhead, Chuck was a Principal at Veronis, Suhler, Stevenson, a $3 billion private equity firm dedicated to the media, communications, and information industries. He began his investment management career with Summit Partners in Boston, a leading private equity firm, with more than $23 billion of capital under management.

Lelon still finds refuge in writing and in reading philosophy and theology. He and his wife escape to bachata class, though their Czech instructor wishes they’d try a new dance, since it’s been two years. 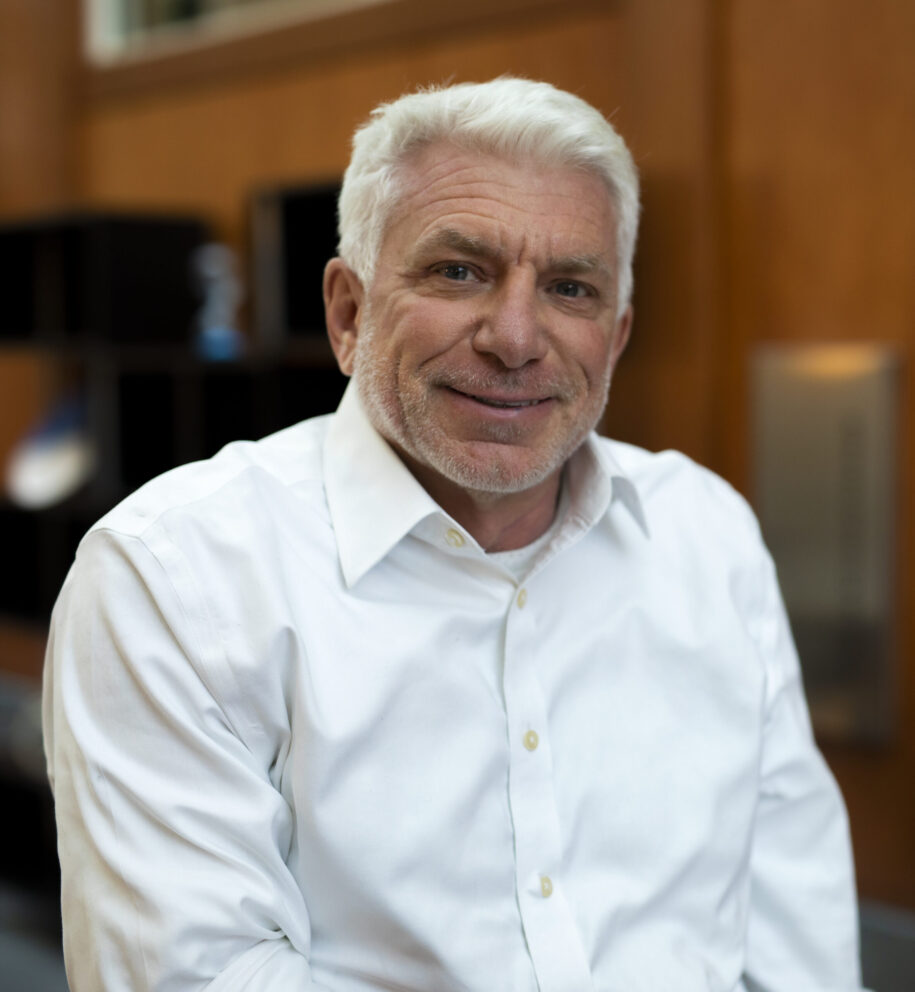 Since joining Kamylon in 2008, Stephen has held both direct and indirect support roles with portfolio companies, including 3 stints as a CEO. Prior to Kamylon, he served as Executive Director and Vice President of Operations at 3D Systems Inc. (NYSE:DDD), where, over his 6-year tenure, he helped grow it into the dominant player in the 3D Printing industry. Earlier career stops included 2-years leading Performance Improvement at the packaging firm Sealed Air Corp (NYSE: SEE) and 4-years as a project manager with McKinsey & Company. Stephen began his professional career as an officer in the U.S. Coast Guard, where he held key Operations management positions and, as a helicopter search and rescue pilot, saved more than 190 lives, earning 14 awards/medals for leadership and heroism.

Going way, way back, “Stevie” had his first taste of entrepreneurship when he and a friend started up a commercial lobstering company as pre-teens. Unfortunately, his lack of vision led him to prematurely sell his half (of what grew into a very lucrative enterprise) when he left for college. He has since been on a mission to collect as much material as possible for his planned retirement gig: hosting a podcast to be titled “All the dumb business mistakes I’ve made and what I learned from them, so that you won’t have to.”

Stephen received his undergraduate degree from the U.S. Coast Guard Academy, his aviation wings from U.S. Navy Flight School, and his MBA from the London Business School.

Outside of work, Stephen is best known as a retired tri-athlete, retired MMA enthusiast, retired rock climber, semi-retired surfer — and very, very non-retired father of two teenage “theatre-nerd” daughters. When not in the office, he can usually be found either engaged in thespian-parent activities, along with his spouse, Jessica (e.g. practicing lines from Shakespeare or constructing elaborate sets), or hiding from the world whilst on walkabouts with his two mutt dogs. 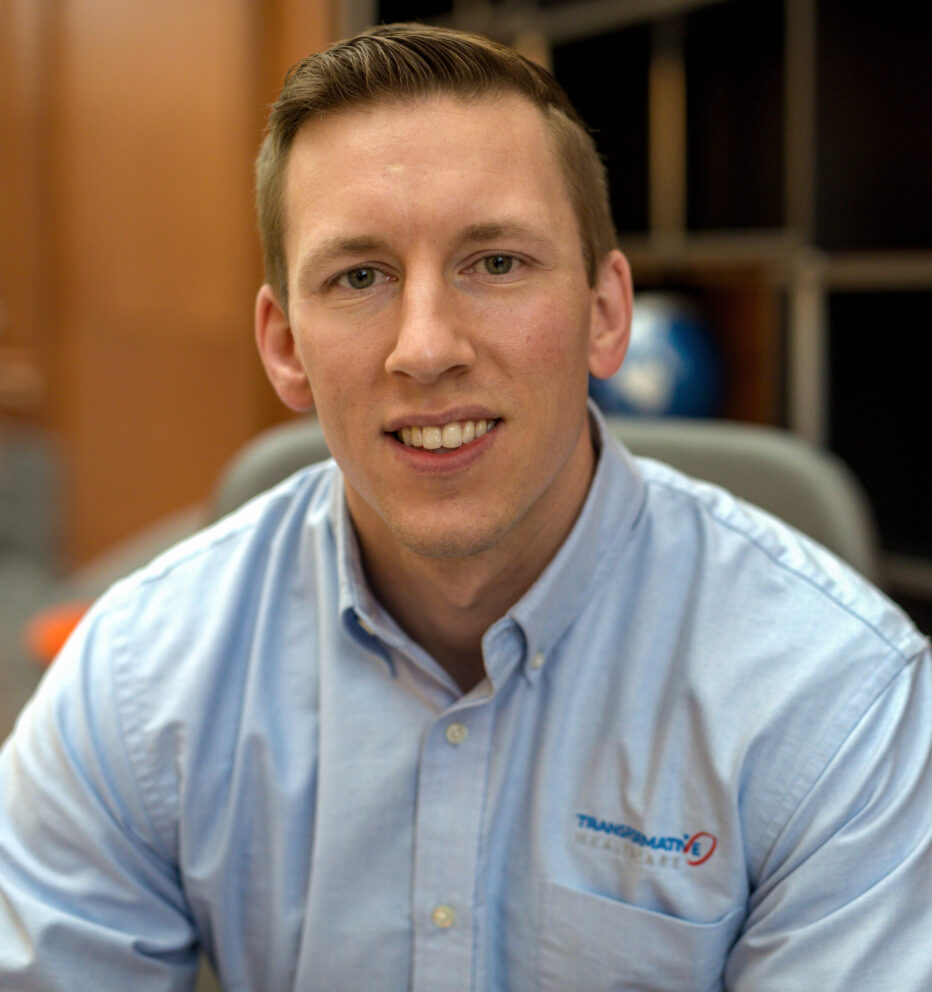 Tom has been with Kamylon Holdings for over 8 years. He first started with the firm as a deal origination associate, where he quickly distinguished himself and within two years was promoted to lead all the firm’s deal origination efforts. As Kamylon’s Director of Origination, he personally trained hundreds of new interns and associates in its structured approach to searching for attractive proprietary deals. Under his guidance, Kamylon’s origination team made direct contact with literally tens of thousands of potential acquisition targets and had meaningful preliminary discussions with thousands of potential deal opportunities. Tom transitioned to a deal execution role in 2016 and has since led several successful acquisitions for the firm. In addition to his deal execution responsibilities, he has been active in the management of select portfolio companies and is currently serving on the Board of Directors for two of Kamylon’s holdings.

As a successful entrepreneur himself, Tom is the embodiment of Kamylon’s mantra, “investors who think like managers and managers who think like investors.” Tom founded and led his first company, a successful website development and graphic design business, while still in college and has continued to scratch his entrepreneurial itch “on the side.” Taking a page from Kamylon’s highly successful roll-up in the bow-hunting industry, Tom most recently co-founded a consumer products company that provides high quality products to another “passion” industry, the equestrian community.

In his free time, Tom and his wife frequently escape the city for the laid back, outdoorsy atmosphere of the Lakes Region in New Hampshire. He also spends far too much time at the gym, desperately trying to cling to the glory of his collegiate basketball days.

Tom graduated with a B.A in Business Management from Babson College with dual degrees in Finance and Accounting. He is an Alumni Admission Representative for his alma mater, Phillips Andover Academy, and enjoys giving back to his local community. 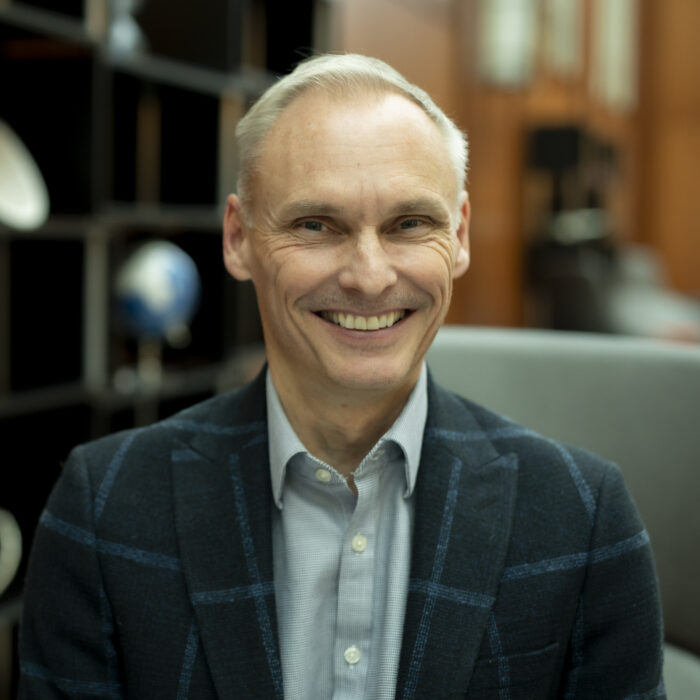 Prior to joining Kamylon, Richard held several roles as a General Manager and proven people leader with extensive expertise and track record in leading top and bottom line business performance improvement programs in a variety of businesses. He has experience directly leading and growing six businesses, ranging from small to a $750mm P&L. This experience helped refine Richard’s expertise in strategy, analytics, performance management, and operational improvement.

If you’re a Searcher or would-be Searcher and would like to get to know us, upload whatever information you think would be appropriate to kick off the conversation (i.e., a deck, Private Placement Memo, or other materials).